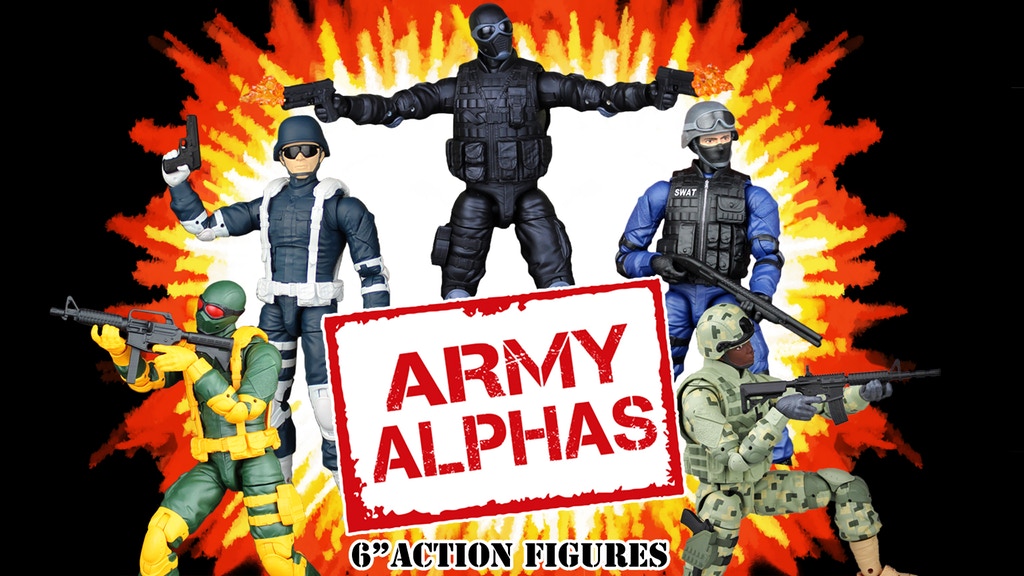 Latest Updates from Our Project:

Please take a moment to read this first:

The amount of vile messages, threats, email spam bots, malware, harassment, and just outright disgusting behavior from a good number of people got old long before the last Kickstarter ended.  There are a select few who are relentless in trying to do everything they can to prevent these figures from seeing the light of day.  Though the first Kickstarter’s figures have taken longer than they ever intended to, they WILL be released as soon as they are ready and corners are not being cut just for the sake of a more speedy delivery.  When there is no update, it’s fury and vitriol.  Whenever there is an update stating anything other than the figures being ready for shipment, it’s more fury and vitriol.  This only makes everything much more of a headache than it has to be. Updates should not and do not have to be excruciatingly painful to make. There has to be some sort of middle ground.   And to those with malicious intent: Please stop.  There is nothing that can be done to prevent these figures from being released to all the backers who helped fund this venture in the first place.  To all those who do not fall into that category: Thank you for the continued patience and understanding.  This wait will be worth it and everyone will be pleased with the items in the end.

The factory is still working on the tooling so there are no pictures to show as of yet, but hoping to receive some pictures from the factory soon. The set of extras that every backer will receive is pictured here.  The set includes a black balaclava head, black balaclava neck, the four gesturing hands in black, and a black gas mask head with grey helmet.  The lenses are glossy while the rest of the head is matte.  The lighting in the two shots below is different and not making that come across as clearly.  Like all the other heads, the helmet is removable and can be swapped with the rest.

As far as progress on the figures themselves, the tooling is currently underway.  For those not familiar, this is the step where the steel molds for use during the plastic injection molding portion of production are created.  This step usually takes a couple months and was started last month, so hopefully there will be some finished steel molds to see and test in July.

It seems that all the questions, emails, and comments about the Backerkit survey completion have been answered but if you do have a questions and it has yet to be answered, please send it again either via the Backerkit support email, or in a Kickstarter message.

The Pre-Order store for any non-backers is open now and can be found at the following link:

Backers should not be using the pre-order store front, and instead should be completing their specific survey that’s been emailed to them.  (These surveys will remain open and not be ‘locked down’ or charged until the tooling is all done, so most likely later this summer)

This is the same group of items in the pre-order store that the backers have access to through the Backerkit survey.  As posted in the previous updates, the prices are in fact the same as they were to Kickstarter backers because the process of having separate listings/SKUs with different prices was going to be a big, complicated task to get set up and it was highly recommended that was avoided in order to ease fulfillment.  Instead, the campaign backers who are receiving physical items from the campaign are each going to receive a small set of extra parts that can be used with the figures.

The set of extras that will be included in each backer’s shipment will be shown later this week, and just to clarify, there isn’t anything extra that needs to be done on the Backerkit surveys. (This set of extra parts is NOT the same as the $25 level accessory pack that is one of the available stretch goal add-ons)  Each backer who is receiving a shipment from the campaign will automatically be receiving one set of these extras free of charge.  That does not include those who chose no-reward or backed below the $25 tier, however, since there is no shipment for those folks.

Stay tuned for the extras to be revealed later this week

The majority of the people who received the BackerKit test surveys have answered the surveys and there do not appear to have been any issues with those.  The remaining 95% of surveys have just gone out to the rest of the backers. If you do not see an email in your inbox from BackerKit (that you have your Kickstarter account registered through) by the end of the day, double check your spam/trash folders.

Again, this BackerKit survey is where you will be selecting the items you'd like to receive based upon the amount pledged during the campaign.  All the items from the campaign, as well as the Deluxe Alpha figure that did not quite get unlocked during the campaign, are available to choose from.  You will have an available credit based upon the pledge level you chose and any extra funds you included in your pledge.  You are also able to switch to a higher pledge level during the survey, or simply add-on extra items at the end.  The shipping is still a flat rate, and you will not be charged any more than what was already included with your pledge amount.

The Surveys coming to your inboxes should look like this:

If you have any trouble opening the surveys, completing them, or have any issues ordering add-ons, reach out and we can get that resolved.   The Pre-Order store front will be up Monday morning for anybody that was not part of the campaign, just to be sure that any issues can be identified before opening up orders to additional people.

Thank you all for your patience.

The BackerKit Survey smoke test has just been sent out to a randomly selected 5% of backers.  All potential issues with the surveys have been accounted for, but should anything else come up when those of you who've received them are completing them, they will be fixed here before the surveys go out to the other 95% of backers.  If there are no problems with any of the surveys that just went out, the rest of you all should receive the surveys in your inboxes either tomorrow of Friday.

This BackerKit survey is where you will be selecting the items you'd like to receive based upon the amount pledged during the campaign.  All the items from the campaign, as well as the Deluxe Alpha figure that did not quite get unlocked during the campaign, are available to choose from.  You will have an available credit based upon the pledge level you chose and any extra funds you included in your pledge.  You are also able to switch to a higher pledge level during the survey, or simply add-on extra items at the end.  The shipping is still a flat rate, and you will not be charged any more than what was already included with your pledge amount.

The Surveys coming to your inboxes should look like this:


The Pre-Order store link will be posted for those who missed out on the campaign when the remaining 95% of the surveys go out as well. There was talk of possibly having the prices in the Pre-Order store for non-backers be a dollar or two higher than the prices during the campaign, but setting that up proved to be MUCH more difficult and just opened the door to many more problems during payment and fulfillment. Instead, all campaign backers will be receiving a couple free accessories with their orders. These extras will consist of various items from figures, but in different colors than what was available during the campaign.  There will also be a new head (not simply a repaint, but a newly tooled item) in the mix that has not been revealed yet. Look for the items in this group to be revealed little by little in future updates.


The figures have also recently begun the tooling phase of production! There will be an update on their progress as there is more to share.